Dear Reader -  Well, we're making progress (it sure does help when it's not just one girl climbing around on a ladder). Here're the basics:

1. I skipped out on Sunday's devotions, as I had to get the second slatwall done in time to run up to get Miss C from her NYC home. See the faithful as they begin to trickle out across the street, with a few trickling over to chat mit moi: 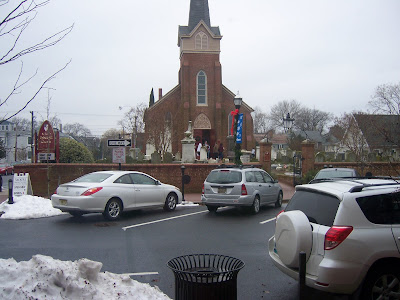 2. My paint brush ran across my second (in as many days) sleepy stink bug nestled all cozy in his/her slatwall bed: 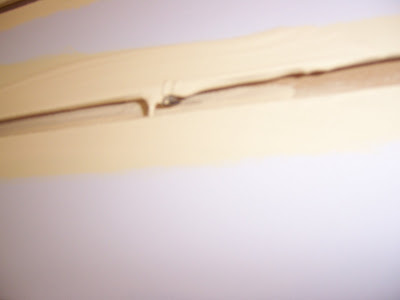 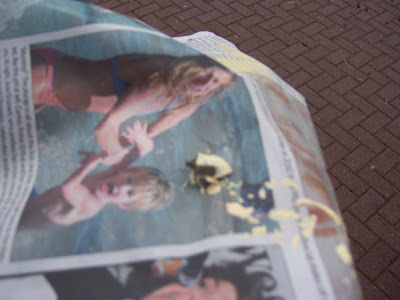 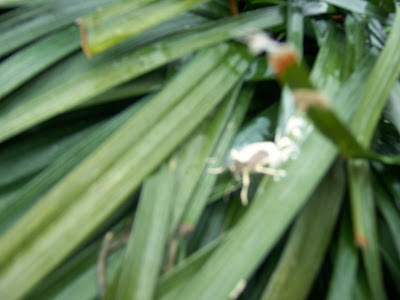 3. Adel and his crew from Colorwise & More showed up mid-morning on Monday (a.k.a. Day Three) to start prepping the walls and woodwork: 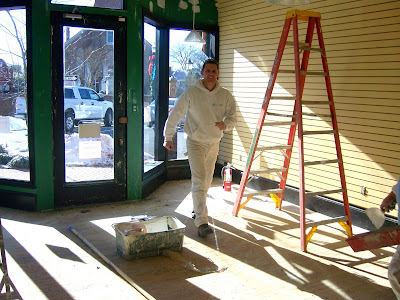 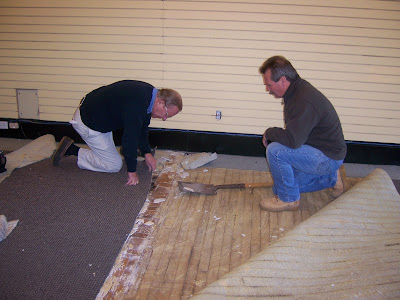 They found a-lot-more-decades-old wood underneath the front half; and then the back half held a curiously layered and patched mass of tar paper, luon plywood, ceramic, and particle board on top of a mix of hard and soft woods: 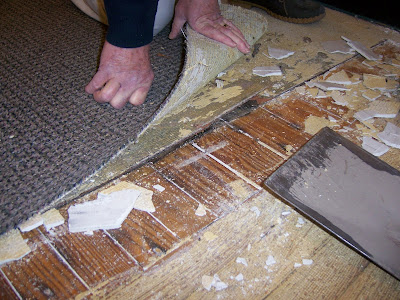 The reality of this conglomeration may mean that I have to ditch the idea of doing hardwood altogether, having to resort to an engineered product. I'm rolling with it - along with Danny and the Beneficent Mr. Ted, figuring out what makes the most practical sense to do at this point (my Buddhist practices sure do come in handy here, as I can't stay too attached to any of my previous ideas in the face of reality - surrender, dear Reader - surrender . . .).

5. The coolest part about the mystery floor is the story that it told. See how some of the boards match in with the oak up front (running horizontally across the storefront) and how there're some pine boards running perpendicular to them? 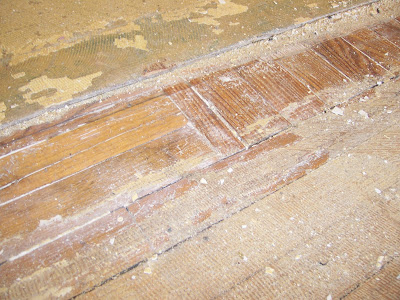 What we figured out is that the pine boards are underneath the spot where the soda fountain sat back in the day. And when I stopped over at my friendly next door neighbor shop, Two Friends, to check in with the ladies about our construction disruption (a la there're suddenly a whole lotta men in our otherwise all-female suite of shops), Joan and I got to talking about the floor. 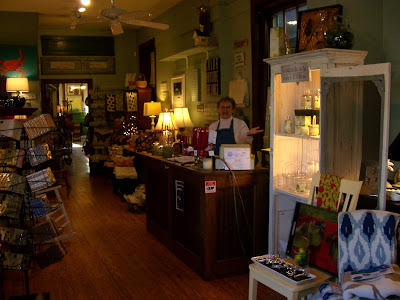 It turned out that Joan (maiden name Russell) had worked as a soda jerk and waitress at the soda shop back in the day. 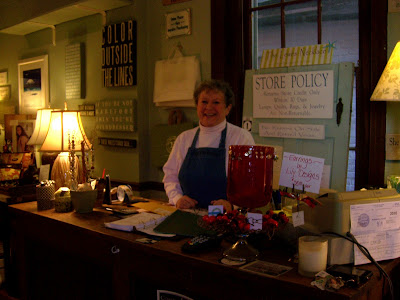 Joan remembered that the soda shop was called Britt's, owned by Hazel Brittingham's husband (Hazel is one of Lewes' leading historians [which is saying something when you're the "first town in the first state"] - you can find some of the fruits of her research here on the Lewes Historical Society's website). Joan worked at Britt's in 1956 and 1957, when she graduated from Lewes High School. "Probably for 30 cents an hour," she chuckled.

The soda shop was THE hangout for high school kids. Joan recalled, "It's where everybody went to get burgers and fries."

So we're all thinking that the floor under the counter was either replaced with those pine boards or perhaps the cheaper wood was used under some sort of tiling.

Either way, it's fun to know that there's so much happy energy dwelling under our feet in the new biblion, where we're moving onward to Day Four!  - Jen
Posted by Jen at 7:59 AM

Email ThisBlogThis!Share to TwitterShare to FacebookShare to Pinterest
Labels: Characters, Start -up