But then an idea dawned: We get fun books in from time to time, and I can use Twitter to let the virtual universe know about them. So here I am in the wake of my first Twitter posting (sorry, I just can't bring myself to call it a "tweet"), feeling all a'twitter myself: 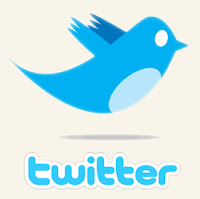 (Dear Reader, it's worth noting that I posted for the first time a day or so ago - and I started this blog then, too, but I ran into problems with the illustrative pictures that I took on my darn iPhone . . . oh, and we had a little kitty cat incident that I'll tell you about later. Ah well!)

The books that I wrote my 140 characters about yesterday were from the estate of our friend, Frank Sanna. Frank was the kindest of souls. He fought in WWII and was one of the many who made good use of the GI Bill upon his return. He learned to sew - expertly. And as the years progressed, Frank constantly found ways to use his extraordinary skill to serve and to give back to others.

Beyond his family and the love of his life, Donald, Frank's great love was movies. And when Donald brought Frank's books in, he told me how Frank and his friends would pour over their reference books for hours, comparing notes and sharing stories about the films that they loved. It's been a joy to watch others get a kick out of his books, too.

Thank you, Frank - thank you, Donald. Tweetlee-deet to you!  - Jenny

P.S. And can you find what film this tune's been in?

P.S.S. If you wanna see the books we're posting about we're @BiblionBooks (or at least I think that's how we're supposed to say it!).
Posted by Jen at 8:43 AM