Dear Reader -  Having a bookshop in Lewes is kinda like being an adjunct visitors-center-information-booth-public-safety-patrol-realtors-association-restroom-locator-restaurant-reviewer-town-ambassador-yadda-yadda-yadda - in short, whoever's working is Julie on the Loveboat. And one of the phrases that I'm heard saying about little Lewes over and over again that it's the quintessential small-town-American run amok. There is some sorta festival somthin' happening just about every week for locals and visitors alike to dive into.

Now no day embodies this reality here more than July 4. As Miss C'd say: it is so adorable.

The day kicks off around 9:00 a.m. with the Old Fashioned Children's Games: 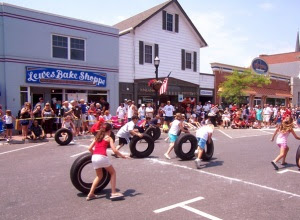 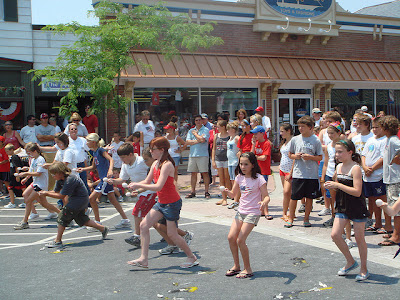 We shut down Second Street and let kids loose on it for the entire morning to do every manner of goofy game - sack races, ice-block pushing - there even used to be a greased pole contest, but I think that had to be ca-bashed with the new streetscape a few years back. It's a blast and a half for everyone - the families who participate and those of us who just show up to goof on it.

(An Aside:  For years, the event was run by Larry McLaughlin and Gilbert Holt - two City of Lewes employees [Larry ran the Streets Department and Gilbert was at the Board of Public Works]:

They both loved the tradition and were fantastic about making it fun for us all - giving selflessly of their time and energy to bring it to life. Tragically, Larry was killed in an accident on the evening of July 4, 2010, and we mourned the loss of Gilbert this past year. Because of their efforts, the games are a tradition that is strong enough to survive their loss, but I can't help but feel a little bittersweet at the remembrance of them today.) 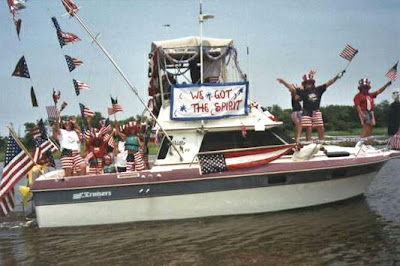 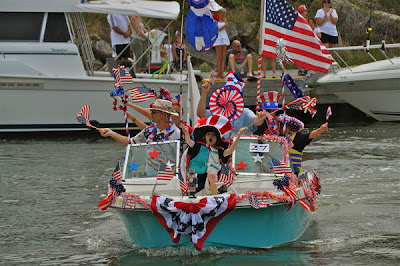 And then, late in the afternoon - at an -ish-ish kinda time around 5:30-ish, the most un-grandish of traditions commences - the Doo-Dah Parade: 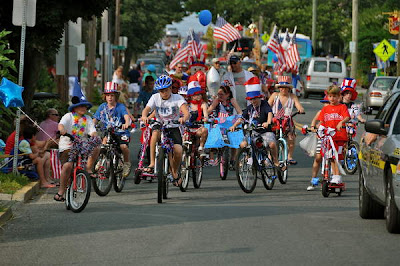 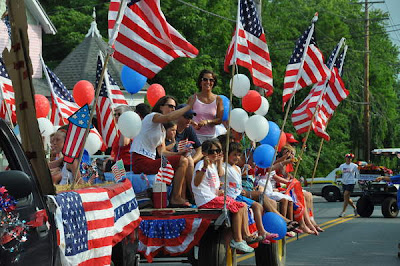 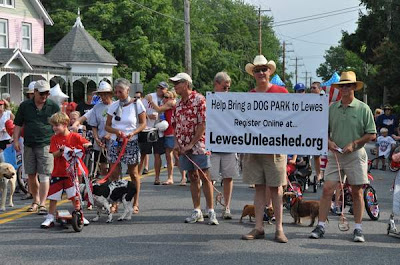 Everybody and their dog (literally) shows up to be part of this ad hoc parade, that legend has it started as an adult beverage run from the Shockley's. The parade sports everything from the most organized of organizations to the last-minute-inspired-by-the-small-town-Americana-spirit visitor. It has become one of the most beloved of traditions for it's untraditional traditionalness. We love it.

So come on down to Lewes and get your own heapin' helpin' of Americana (and a little glass of somethin' while Doo Dah-ing with us this afternoon at biblion)!

P.S. And a couple perfect doses of that Americana tradition to close . . .
Posted by Jen at 8:43 AM